Earth as Our Living Family

The first creation story is very blunt and gives permission for human being to go and subdue the earth and unfortunately feeds into an anthropocentric approach to human endeavour. However the second creation story in Genesis Chapter 2 encourages us to move away from a human centred approach to a more eco-centric approach.  This gives us a good theological reflection for this coming month focused on “The Season of Creation.” 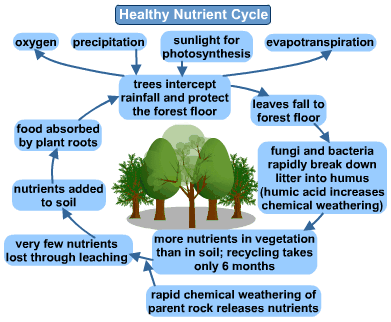 Add to the forest all the Australian mammals such as the long-footed potoroo, Leadbeater’s possum, Tiger quoll, Yellow-bellied glider, Glossy black-cockatoo, Sooty owl, Regent honeyeater, and the spotted tree frog and the wonders of nature are endless.

When Europeans came to Australia the land was mainly covered with old growth forests provided an enormous valuable carbon sinks capable of storing up to 640 tonnes of carbon for every acre.  This is one of the highest rates in the world.  The continued logging of our old-growth forest represents 20% of Australia’s total pollution emissions let alone the loss of biodiversity.

As human beings we end up exploiting the environment – including forest – it is a symptom of our collective failure to understand the importance of ecology and the truth spelt out in Genesis Chapter 2: that all that makes up the earth – its living things (human, animals, trees) its rocks and soil, its water and air are linked with each other and in a sense we are all part of what can best be described as “the earth family” Sometime referred to as Ghia.

Genesis 2 provides us with the opportunity to reflect on our origins and our place in the universe.  If we look closely at this story we see it is more eco-centric and asks us as humans to care for the earth and not just see it as a resource to be exploited.

This passage proclaims that God loved all of creation and not just human beings, as we tend to expound this text.  The Genesis story asserts that the first human being was formed from “the dust of the ground” and God breathed life into him and he became a living being.   In this mythical story we are reminded that as human beings we have come from the earth.   In fact in the original Hebrew language the connection is even more striking.  The word for “ground” is “adamah” and is the feminine form of the word for human being (“adam”) otherwise known as “Adam.”  The core of this story is that we are inseparably connected to the earth.  A failure to recognise this basic fact means that we end up as misfits – uncertain of our place in the universe and as history has shown us, we are capable of gross abuse of our environment when we fail to take account of the environment as a crucial part of economic development.

In verses 8 and 9 of the second Genesis story we are reminded that God also created trees “from the earth.”  These trees were designed to provide a home for the first man and first woman.  This forest home, was called the Garden of Eden, that in a holistic way was to appealed to human senses as well as to provide both food and shelter.

In verses 18 and 19 the writer then has God deciding that the first human beings should have other living creatures for company on the earth.   Our immediate thought is to focus on the creation of the first woman: Eve.   However, that is not the order of creation as we have it in Genesis 2.

Rather, what we have is God creating the animals and the birds and bringing them to Adam to be named.   In human society, the normal thing is for parents to give names to their children – those who are intimately connected with them.  So I suggest we should understand, from this story is a God who is concerned for our welfare and in doing so is communicating to us as human beings that we are related to every living creature on the planet Earth.  All creatures are our “kin” or relations.

After the creation of the environment, the animals and the birds etc. God then creates from Adam the first woman, not just another person as part of creation but someone one who would be a “soul mate”, someone who was of the same make up, who would be Adam’s partner in the care for the earth.

Together, Adam and Eve are given the task of tilling the earth and keeping it – preserving it in good order.  This job description given to humankind was not designed to mean that we are free to do what we like with the rest of creation.  Rather it was designed so that the whole of creation – earth, sea, sky, all living creatures operate as a family – inter-connected with each other.

Our present desperate predicament on planet Earth is due to our collective failure to live out this job description supplied by the creator at the beginning of human history.

In the New Testament Jesus is given the title the “Second Adam”.   This has all kinds of ramifications.   However, one important ramification is that as Christians we believe in Jesus, as the Son of God and Son of man, in this way as Son of Man he has taken on our human nature, has been born of the Earth as one of us.  This is the meaning of the name given to Jesus in Matthew’s Gospel where Jesus is referred to as “Emmanuel” which means “God is with us or one of us.”   Jesus came to show us how to live in harmony with God and with all creation.  The Scriptures affirm that through Jesus’ death God has provided a way for us to be forgiven for our misuse of the creation.  However, that is only the first instalment of what God has set in motion through Jesus Christ.  If we are prepared to link ourselves with Jesus – if we seek to follow him in or lives – we are promised the Holy Spirit that enables us to function on Earth as part of God Family.

For this reason, I believe as Christians we are called to be at the forefront of those fighting for the preservation of the Earth’s forests, trees and wildlife.  We should demand that our leaders and Government make sure there are policies and laws so that our society reflects the Creator’s will that the Planet Earth be a place where all can live in peace and harmony with the environment.

As we enter a series on the Season of Creation the preservation of the environment is not meant to be left to a small number of dedicated tree huggers but should be the concern of all of us for the wellbeing of our mother Earth.  In looking after Mother Earth, we are looking after ourselves, and all of creation.

In the day that the LORD God made the earth and the heavens, 5when no plant of the field was yet in the earth and no herb of the field had yet sprung up—for the LORD God had not caused it to rain upon the earth, and there was no one to till the ground; 6but a stream would rise from the earth, and water the whole face of the ground— 7then the LORD God formed man from the dust of the ground, and breathed into his nostrils the breath of life; and the man became a living being. 8And the LORD God planted a garden in Eden, in the east; and there he put the man whom he had formed. 9Out of the ground the LORD God made to grow every tree that is pleasant to the sight and good for food, the tree of life also in the midst of the garden, and the tree of the knowledge of good and evil.

15The LORD God took the man and put him in the garden of Eden to till it and keep it. 16And the LORD God commanded the man, ‘You may freely eat of every tree of the garden; 17but of the tree of the knowledge of good and evil you shall not eat, for in the day that you eat of it you shall die.’

18Then the LORD God said, ‘It is not good that the man should be alone; I will make him a helper as his partner.’ 19So out of the ground the LORD God formed every animal of the field and every bird of the air, and brought them to the man to see what he would call them; and whatever the man called each living creature, that was its name. 20The man gave names to all cattle, and to the birds of the air, and to every animal of the field; but for the man there was not found a helper as his partner.